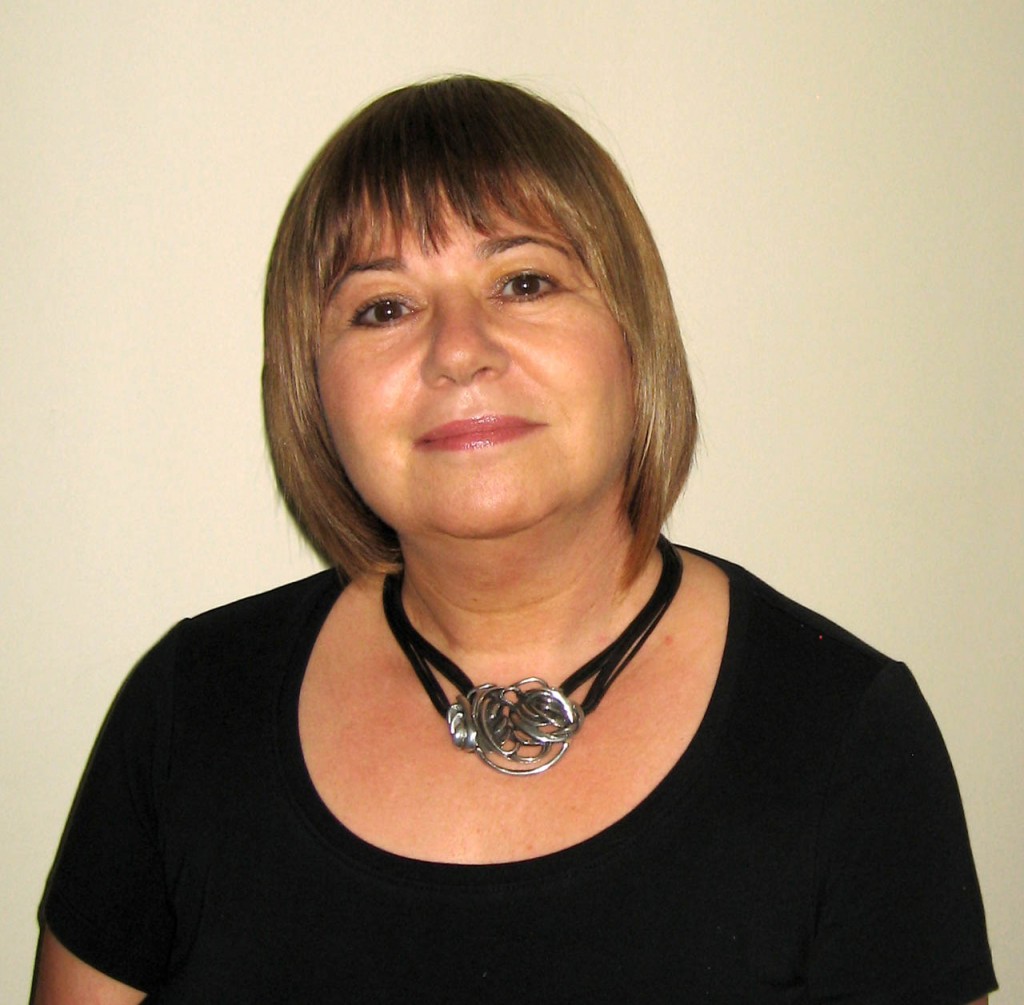 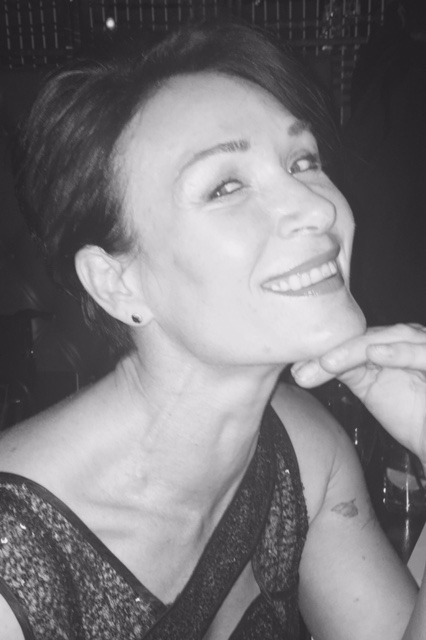 The House of Ardent was established by Lianne Young and the HOA team in early 2016 to provide a platform to advise and assist people in their far-reaching decisions on life, relationships and sex. Lianne offers consulting and management services, to all aspects of the Adult and Mainstream sectors of the entertainment industry.

Lianne is a strong advocate for appropriate regulation, promotion and recognition for media crossover from adult to mainstream media. She has a strong desire to motivate and inspire people to achieve their potential, especially in the face of resistance arising from ignorance. Lianne maintains a strong passion to help, teach and guide people; particularly those who wish to successfully transition out of, the sometimes highly controversial, adult entertainment profession. She uses her experiences from both traditional adult and mainstream media projects to benefit anyone in the entertainment industry. The House of Ardent provides industry guidance, verifications, resourcing and management for models. Lianne also provides her presenting and television skills to help create informative and educational productions. 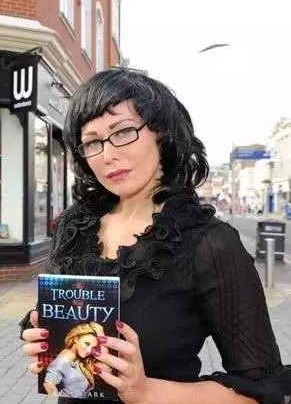 Vikki Dark is a writer and academic whose work spans erotica, feminist thought, biography and transgressive fiction. She’s a radical feminist and a sex industry survivor who now campaigns against the injustices rife in the sex industry namely the use of comprising imagery by producers for the lifetimes of women. 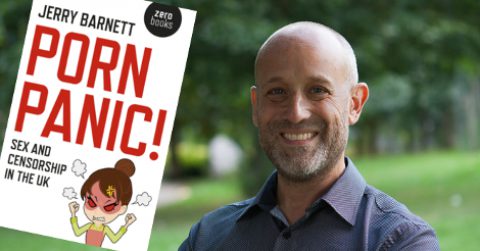 When, in the mid-1990s, the worldwide web changed the face of computing, he saw an opportunity to set up a web software business. He began to work for the online adult entertainment industry, which represented the largest and most profitable online business at the time. His customers included well known industry names such as Private and Playboy TV. He later set up his own pay-per-view service, Strictly Broadband – in its day, this became Britain’s “Netflix of pornography”.  As a participant in adult entertainment, Jerry saw first-hand how the British censorship state, aided by morality campaigners, was trying to regain control of a medium that reduced their power, influence and financial gain. The UK is the most censored society in Europe, but censorship laws designed for a world of cinema, TV and video no longer worked in the digital age, and vested interests were determined to seize back their power. He became chairman of the Adult Industry Trade Association (AITA), and a member of the Policy Council of US-based industry body, IFFOR (the International Foundation for Online Responsibility). 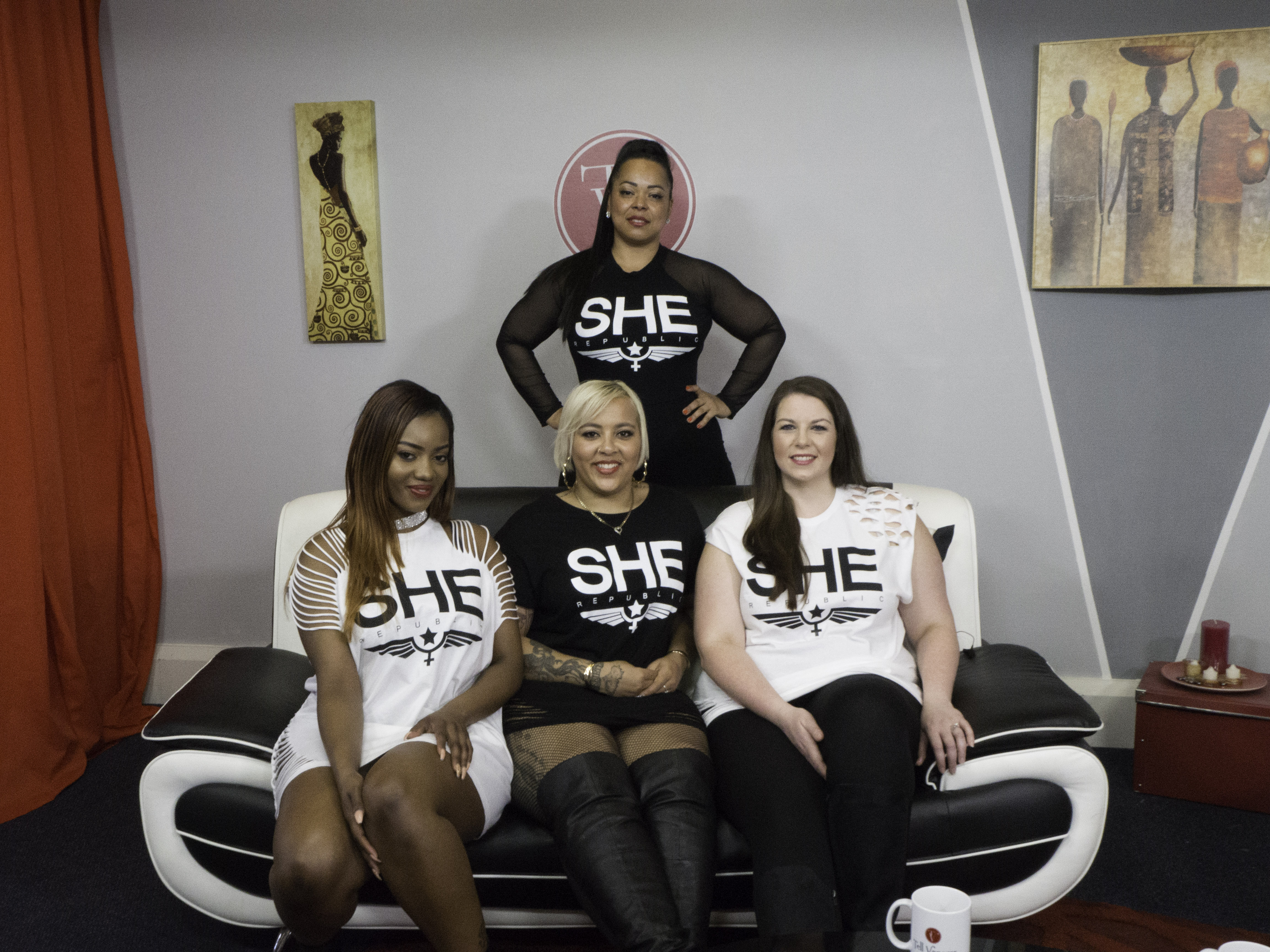 Sarah Martin is the owner and creator of SHE Republic which is a movement and fashion/lifestyle Brand created to remind women of the magic and power they already possess. SHE represents the modern day woman and a new age of feminism. A brand that says what all women are thinking, feeling and paving the way for a new kind of female empowerment. Sarah believes it is time we stop asking for permission in any capacity to do or be who we want to be and instead take it and do it. Sarah doesn’t want to worry about expressing herself either physically, spiritually, verbally or creatively because she is a woman. She wants her hard work and endeavors to be fairly recognized in the world by all my peers and not undervalued or undermined because she is a woman. She wants total gender equality for herself and all other women. Sarah wants other girls and women to know their worth and enjoy the beauty and magnificence of who they are and not be defined by people’s preconceived ideas of who they think SHE should be. Sarah created SHE REPUBLIC to stand as an example and a reminder of this way of thinking. 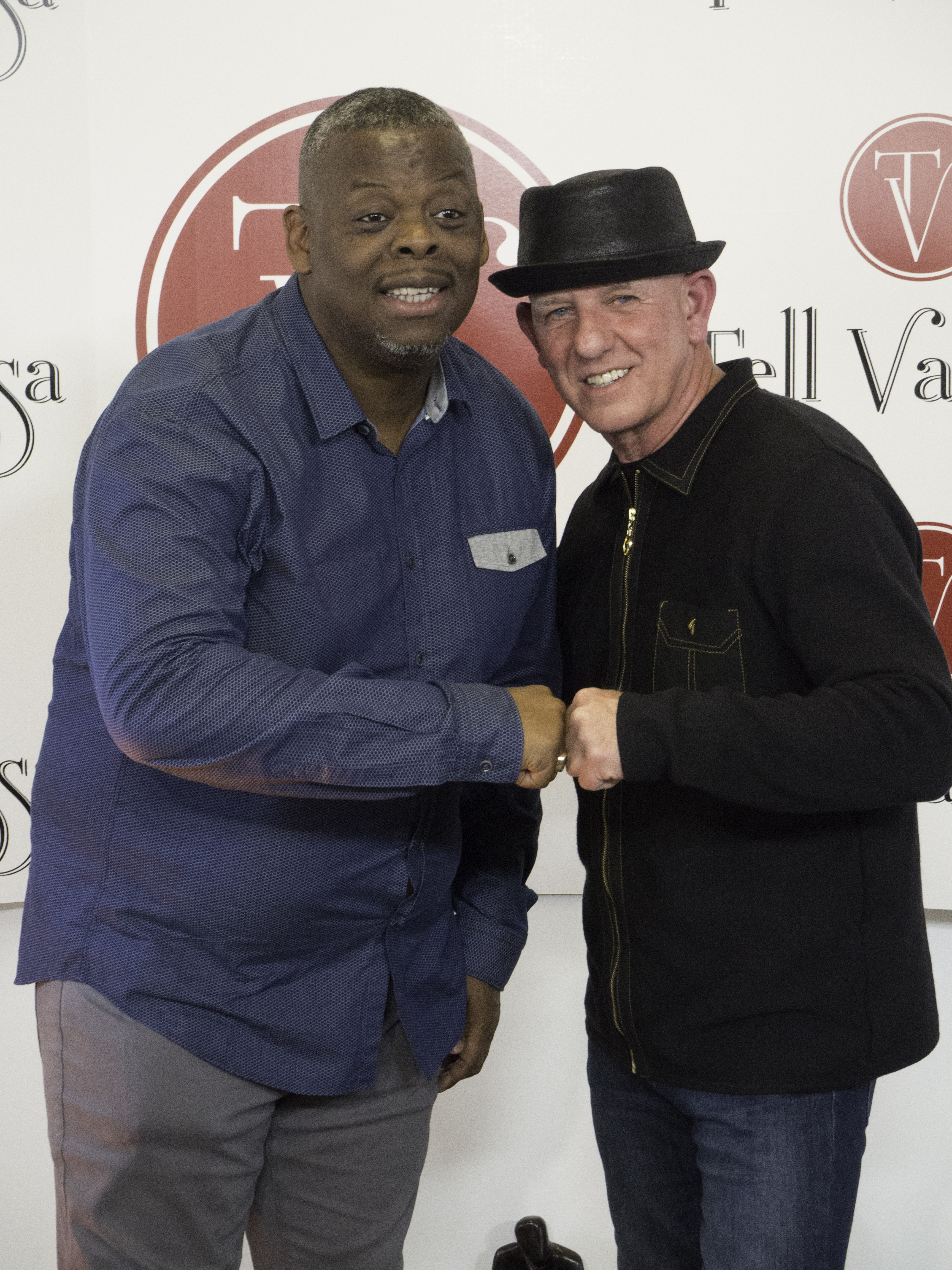 Tippa irie-real name Anthony Henry-started his musical career in South London on his father’s Sound System called Musical Messiah. The first sound system to actually record Tippa on record was Sir Lioyd on the LGR record label where he made his first record, aged 17, called The Opposite.

Tippa got his first big break when he was asked to join King Tubby’s Sound. He stayed with King Tubby’s for a couple of years before being spotted by Dennis Rowe and Lioyd Francis from Saxon Sound System, who were both blown away by Tipp’s talent. They asked him to come to South London and join Saxon Sound. Saxon Sound System became the forefront of the UK Reggae and Dancehall scene and helped launch the careers of Maxi Priest, Papa Levi. Similey Culture, Tippa’s sister Miss Irie, Daddy Colonel, Daddy Rusty, Roger Robin, Peter King who created the fast talking sytel that Saxon MC’s were famous for and many more.

Greensleeves offered Tippa a recording contract which he accepted and went on to release ‘Jus a Speak’ wih Daddy Colonel. Next, came a string of singles including ‘Good to have the feeling you’re the best’ Complain Neighbour’ and Hello Darling which hit no.1 in the British Reggae charts and no 22 in the British National Charts and was hit all over Europe and the Caribbean. Hello Darling was taken from Tippa’s first album Is it really happening to me Since that album which was released in 1986, Tippa has gone on to release 15 studio albums with a string of no. 1 hits including ‘Ragamuffin Girl’ft. Peter Hunnigale and Superwoman’ft. Winsome which were released in 1989. ‘Stress’ft Liyog Brown was released in the 90’s.

Shouting for gunners was recorded in the 90’s for the Arsenal Football Team and reached the top30 in the British pop charts. It’s a love thing’ft Liyod Brown was also a big hit in the 90’s. The 90’s was a great decade for Tippa. He also teamed up with Mad Professor in 1994 and recorded the criticallly acclaimed ‘Rebel on the roots corner’ To date, Tippa remains one of the most successful entertainers to come out the UK and continues to fly the flag for the UK scene wherever he goes.

Aritsts’ from all over the world have requested to work with him in all type of music genres. He worked with the Black Eyed Peas and was nominated for a Germany in 2004 for the worldwide smash hit single ‘Hey Mama’ which Tippa wrote with Will-I-am and taken from their album ‘Elephunk’. He also worked on the BEP’s next album ‘Monkey Business’ on the track Dum Diddley’ He also has worked with bands and artists such as Maxi Priest, Peter Spence, Parto Banton, Long Beach Dub All-stars, Jurassic 5, Friendly Fire Crew, Detour Posse, Chainska, The Uppercut Band, UB40 (Who he supported on their Labour of Love III tour in 2000), Aswad, The Far East Band (who helped him record his personal favourite album ‘Stick to my Roots, released in 2010’ and more recently Congo Natty aka Rebel MC to form a group called UK All-Stars with members General Levy, Sweetie Irie, Top Cat, Daddy Freddy, Tenor Fly and Daddy Colonel and countless others.

Tippa Irie is not just a successful entertainer ! He has built up a reputation as a top Record Producer and owns his own Studio and Record Label Called Lockdown Productions which he founded in 2007. For more information you can check the website at http://www.lockdownproductions.com 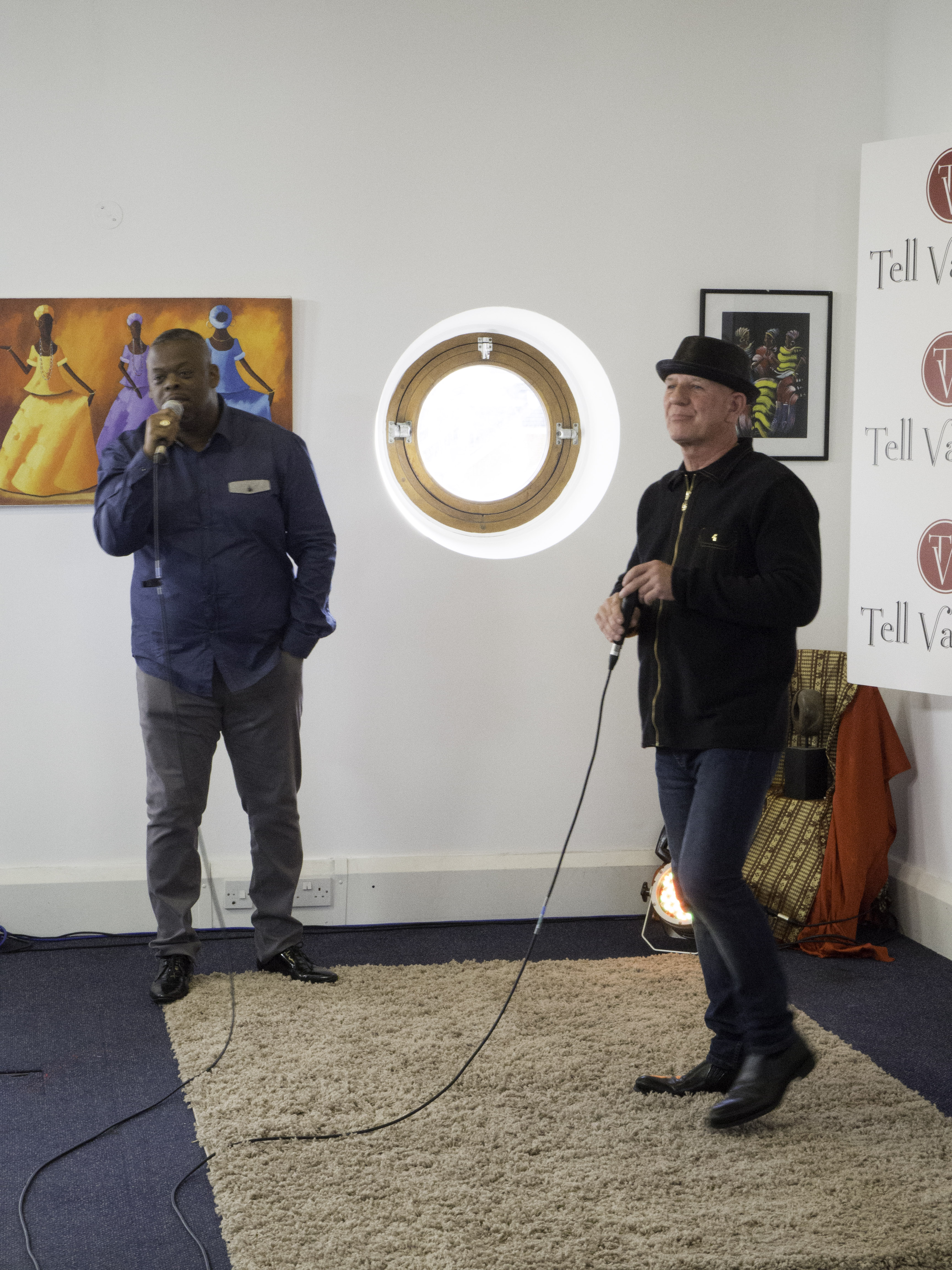 Papa Crook’s first introduction to reggae music would have been early “Ska” songs like ‘Liquidator, Double Barrel, Monkey Spanner’ to name a few. The first clubs he went to were mainly Soul clubs in and around South London. Luckily for him a new music called “Lovers rock” was just beginning. From that moment Papa Crook was hooked for life on Reggae music. He then keenly listened to Reggae stations such as Roots rockers on Capital radio where he was captivated by a man called “David Ram Jam Rodigan” a LEGEND still today. Another DJ on Radio 1 at the time was called “Tony Williams” on a Sunday afternoon. Between the 2 shows weekly you would hear the latest from UK and JA Reggae artists.’Bob Marley, Dennis Brown, Alton Ellis,  John Holt, Freddie McGregor, Beres Hammond, also DJ toasters such as the great U Roy, I Roy, Eek-A-Mouse, Lone Ranger, Dennis Alcapone’ to name only a few.

Around about 1980 Papa Crook started following a group called UB40 from Birmingham UK. In the mid 90’s Papa Crook and a good friend came up with an idea to sing Reggae covers, UB40 were a big influence as they had already paved the way to show people that colour and race was equal in the world of Reggae music being the multi cultural band that they were. They gigged in pubs and clubs all around South East London, The Fridge & Hootananny in Brixton, Imperial Gardens in Camberwell to name a few. Their name was Rem-A-Nis. Papa Crook has always enjoyed to sing and like to share my knowledge of the music.